At The Water Tower, we love local. So, when Little Gem Winery popped up, we jumped at the chance to feature a new fruit wine & cider from our backyard.

At The Water Tower, we love local. From the ingredients we use to the beers we serve, we take great pleasure in showing off the amazing produce and products southern Alberta has to offer.

So, we’re always happy to be the first restaurant to feature a new craft brewery on the menu (well, usually behind the Telegraph). But, when Little Gem Winery popped up in southern Alberta, we let The Telegraph take a back seat and jumped at the chance to feature a new fruit wine from our very own corner of the world.

But, we’re getting a little ahead of ourselves here, so let’s hit rewin(e)d because this wine isn’t your average Malbec or Shiraz. In fact, Little Gem wines don’t come from any grape varietal – or even a vine. They begin life as plump little haskap berries from the winery’s very own haskap bushes.

So, just like the wine, we’ll start with the berries, then go from there.

Alberta farms specialize in meat and grains – and we’re proud of that.

However, while we produce some of the best beef, pork and cereal grains in the world, we’re not really known for fruit production. That’s because it’s hard (some might say even impossible) to get fruits to grow here on a commercial scale.

But, the mighty haskap berry grows where many do not. In fact, it does more than just survive here - it thrives.

Somewhere between a grape and a blueberry, with a little raspberry thrown in for good measure, the haskap is a northern berry born and bred. They’re tart yet sweet, velvety-smooth and pack a punch.

These little blue beauties originated in Russia, northern China and northern Japan, which have similarly short summers, just like Canada. In their home countries, haskaps were long harvested wild. But, despite their grassroots popularity, they didn’t receive the same attention strawberries, blueberries and even blackberries did.

So, no one thought to cultivate them until the ‘50s. Then, it wasn’t until just recently that haskaps started making some waves on western shores, which is when the crew at Phoenix Haskaps caught wind of them.

Run by brothers Joel and their father, John, Phoenix Haskaps is a family-owned operation near Nobleford, Alberta.

Traditionally, their farm produces potatoes, with acres of tubers covering much of their land.

But, while the potato business has been good to the pair, it was tried and true territory, and they wanted a bit more adventure.

So, what better adventure crop to get into than the little-known haskap berry?

With that exciting decision made, they ripped up rows of potatoes, planted bushes and rolled the dice.

To further scratch that adventurous itch, the brothers decided they would take their produce and side-step middlemen by creating a fruit wine right there on their farm. Jordan, a close family friend, decided to jump on for the ride, and the trio launched into the wild world of wines and created Little Gem Winery.

From the very beginning, Little Gem has focused on creating natural, low intervention wines. Instead of including excessive sulphates or other additives, they avoid overprocessing their wines so the natural notes of the berry shines brightly through.

However, the trio, adventurous as they are, aren’t above a little experimentation. Currently, they are working with a master winemaker to guide them through their experimentations with oaking, carbonation and mixing with other fruit wines.

Grape wines take up all the air in the wine world, but there’s a special corner for wines from alternative fruits – including plums, pomegranates, pineapples and even rose hips.

Fruit wines often skew to the sweeter end of the scale, closer to dessert wines (or even ice wines) than to a big Bordeaux blend. So, typically they draw a different crowd than your average grape wine.

But, haskap wine is a bit more wild, bucking categories to slide in somewhere between the two, making it a new taste experience for wine lovers.

Leave your expectations behind

The key then to enjoying haskap wine is to forget all previous categories and expectations. Let all those treasured wine notes fall to the floor and get ready for a drink that will take you to all new places on your palate.

Their classic red features a lighter body with a balanced acidity that throws forward bright notes of red fruit, berries and even a bit of raspberry. It’s a wine that needs a strong meal to stand up to it – perhaps even a steak (hint, hint) – but won’t overwhelm with tannins.

In the process of creating fruit wines, Little Gem thought they’d branch out (even further) and take on yet another challenge: cider.

A blend of haskaps apples (sourced out of Creston, BC), the cider isn’t as wild as the wine, and so, slides neatly into its category.

Perfect for patio-sipping on a warm day, the cider is bright and fruity, leaving you with subtle raspberry notes – and light bubbles on the tongue. It’s the perfect alternative to all the strong craft-brewed beers available throughout southern Alberta.

Available from us and right on the farm!

Here at the Water Tower, and the larger Butte hospitality family, we’re very happy to support this trailblazing winery/cidery, and we’re excited to see where they ‘grow’ next!

Currently, we offer Little Gem cider at all three of our restaurants (and are working on getting the wine as well), including:

If you’re looking to sample more of the tasty fruits of Phoenix Haskaps’ labour, be sure to drop by Little Gem Winery, located just outside of Nobleford, Alberta. Joel and his partners are sure to treat you like a long-time friend. 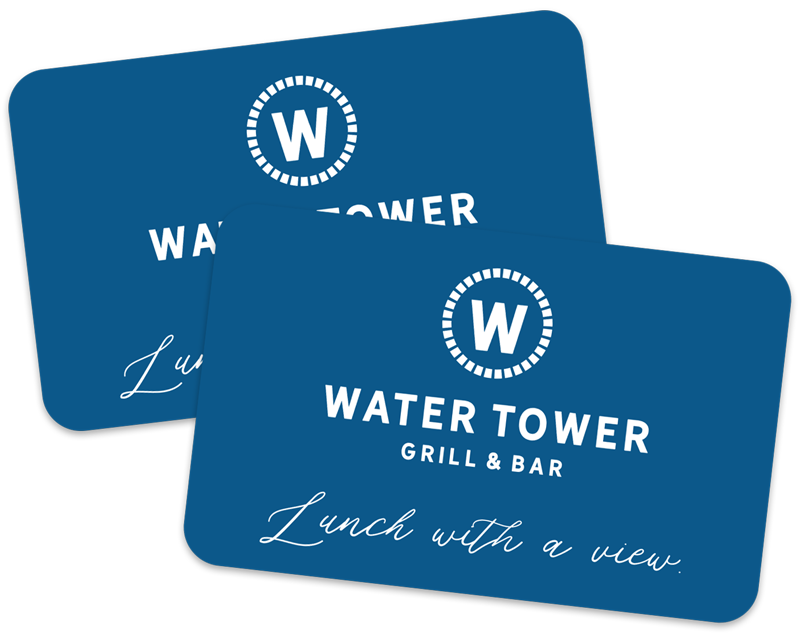